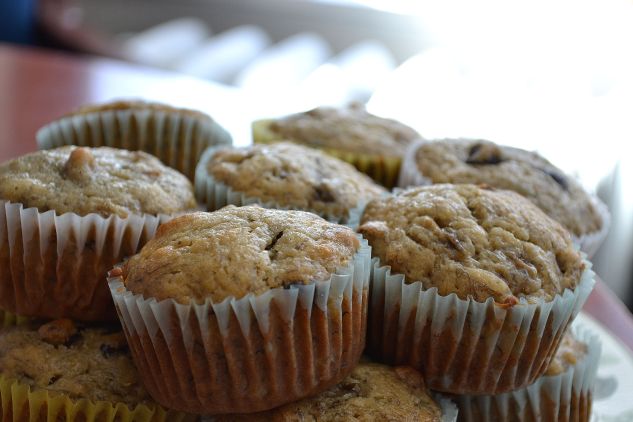 Waking up is rarely an easy task: thoughts of the day ahead and the work left to be done are little help. The cure? Freshly baked muffins. The ambrosial scent of these morning delights can rouse any sleeping beauty. While the gorgeous Boston summers are arguably what make the winters tolerable, we had a rough stretch of weather for a good part of May. To help “rouse” the spirits of my fellow coworkers, I felt that freshly baked muffins were in order and made the following: Banana Nut Muffins with Chocolate Chips and Vegan Blueberry-Orange Muffins.

The term “muffin” is believed to been derived from the French term moufflet, or “soft bread.” The original cakes were made using yeast, and tended to be round, flat, and sweetened with a touch of sugar. Today’s English muffins are much closer to this variety, only they are cooked on a griddle rather than baked. Muffins as Americans know them are substantially different: they are made without yeast, baked in small pans, and are much sweeter. The 19th century saw rise to this style of muffin, with classics such as “blueberry” and “bran” gracing a number of American cookbooks. The actual origin of muffins is extremely convoluted, and is as traceable as the origin of bread itself.* 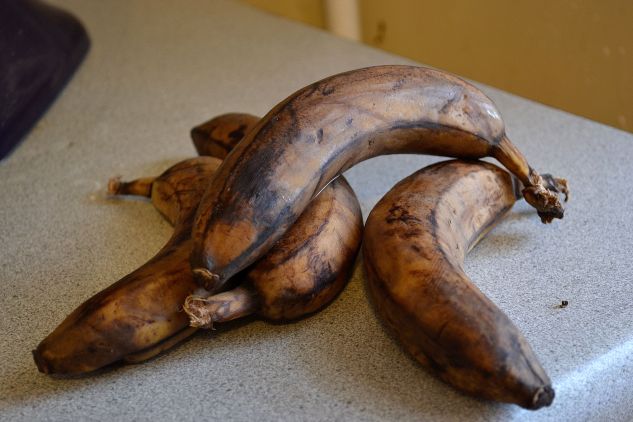 There is only one answer for ugly, overripe bananas: muffins. Banana muffins are, in essence, miniature versions of banana bread and thus extremely simple to make! This recipe is from one of my favorite cooking blogs, SimplyRecipes, with the only difference being my addition of chocolate chips (at the request of my coworker Victor). These muffins are fantastic, and I guarantee they will be consumed within a matter of hours (as were mine). Check out how to make these breakfast delights by clicking HERE. 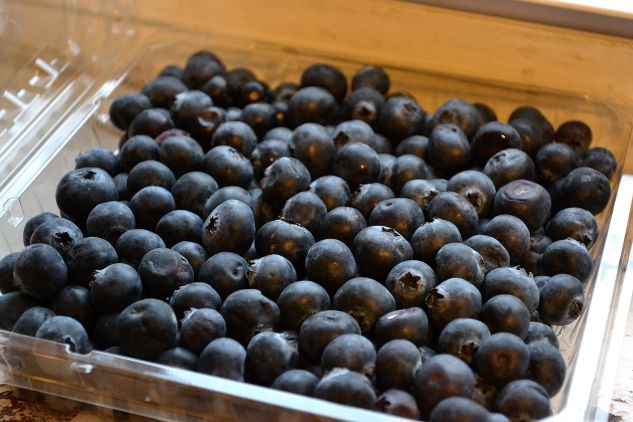 The term “vegan” is a scary one for a baker to hear, yet I was willing to attempt one such recipe for the sake of my vegan friend Rosena. I chose to go with THE classic: blueberry. The trick here was to get a muffin that had a velvety texture, yet wasn’t too dense. If I had chosen to label these as traditional blueberry muffins, no one would have guessed they were vegan. The apple cider vinegar is a crucial ingredient, giving these muffins a lightness akin to the regular variety. I chose orange zest over lemon, wanting a more summery taste – it was possibly one of the best decisions I could have made. Trick your taste buds and try these vegan muffins by clicking HERE.

Since muffins are best enjoyed with a cup of coffee and a golden sunrise, I paired these with one of my favorite works: Maurice Ravel’s Daphnis et Chloé, Suite No.2. This is honestly one of the most beautiful pieces, and has been a favorite of mine for years. The work in its entirety is a ballet of three parts, and stands as Ravel’s longest work at nearly at nearly one hour in length. The story is based upon the legendary romance of a goatherd named Daphnis and a shepherdess named Chloé.** 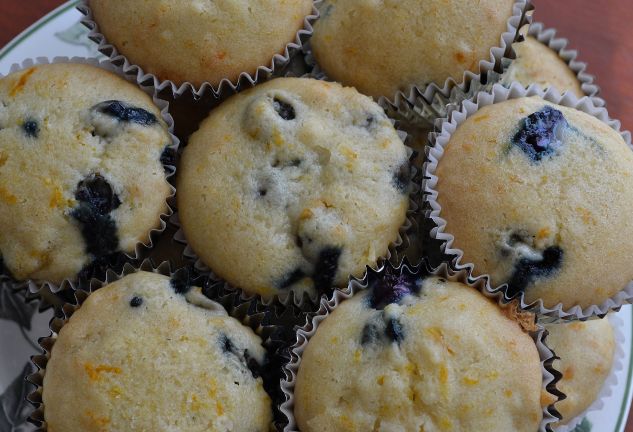 Ravel later selected excerpts from the ballet to create two orchestral suites. The second suite is perhaps the most popular, encompassing the more complex elements of the overall work. The suite opens with “daybreak,” where a sleeping Daphnis is awakened to be reunited with his beloved Chloé, who has just been rescued by the god Pan from a band of pirates.** I have included here the opening of the Suite No.2 with the Berlin Philharmonic under Herbert von Karajan. The sad thing about this video is that it ends RIGHT before one of THE solo of all flute solos in orchestral repertoire takes place…which is why I’ve included a second link with my biggest flute crush playing the solo: Emmanuel Pahud. Luckily, it’s the same orchestra (different conductor), making it the closest thing to a continued recording as YouTube can provide. This is genuinely a gorgeous work, and I hope you enjoy it!

One thought on “Finding a Sweeter Sunrise”