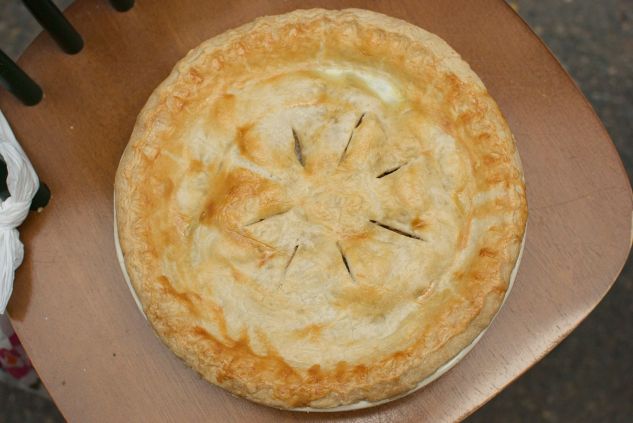 Fourth of July: a definitive holiday that celebrates American Independence and our national spirit. While I’ve seen many firework displays, none have quite topped the Boston Pops Fireworks Spectacular. This comes as little surprise considering over 500,000 people flood the banks of the Charles River to see the thrilling event, with an additional 7 MILLION tuning in to the CBS special from across the nation.* I’ve braved the crowds three times now, and must say that it still is quite “spectacular.” For this July 4th, a group of us gathered at my friend Brian’s in the North End for food and drinks (Awesome spread! See below), then travelled to a nearby bridge on the Charles for the fireworks show. My contributions to the cookout were two classics that this holiday would be incomplete without: Deep Dish Apple Pie and Blueberry Crumble Pie. 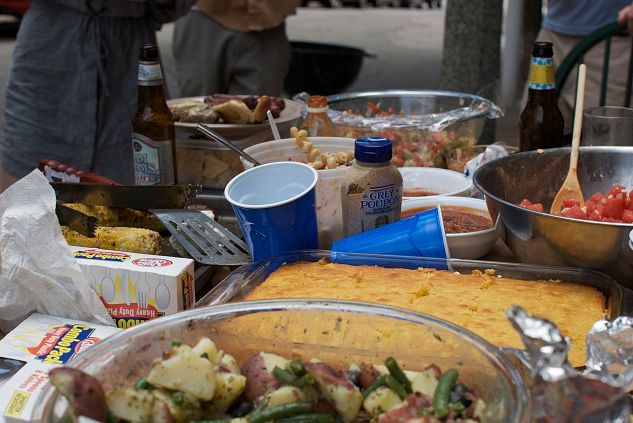 “As American as Apple Pie” – we’ve all heard it, yet any may be surprised to learn it is quite far from the truth. The tradition of pie can be traced back to the Greeks, who used pastries to keep savory dishes fresh for storage and transport. This practice was passed on to the Romans, who subsequently introduced the method to Europe. When pilgrims first arrived to the Americas, there were no indigenous apple trees. The fruit had become quite the popular ingredient by that time, compelling settlers to introduce apple seeds to the continent in the 1620s. America quickly became one of the world’s largest producers of the fruit.**

Here is my greatest piece of advice for both making both of these pies’ crusts – make sure ALL the wet ingredients (including the fats) are VERY cold! Otherwise you will end up with a pie crust that is neither flaky nor attractive. I used my food processor (a great gift from my stepmother!) for the first time on these recipes, and I am absolutely in LOVE with it! It made the process much less tedious, and the crust came together in no time!

This apple pie was fantastic! It is a hybrid of two different recipes, considering I wanted a sturdy crust with a filling that was both flavorful and not too soggy. The filling is cooked beforehand, ensuring that the apples will be just cooked (rather than “just barely,” a consequence of deep dish pie dishes). The filling doesn’t suffer from being too mushy, either, thanks to the apples’ natural pectin (which is also used as a stabilizer in jams and jellies). To learn how to make this “American” classic, click HERE. 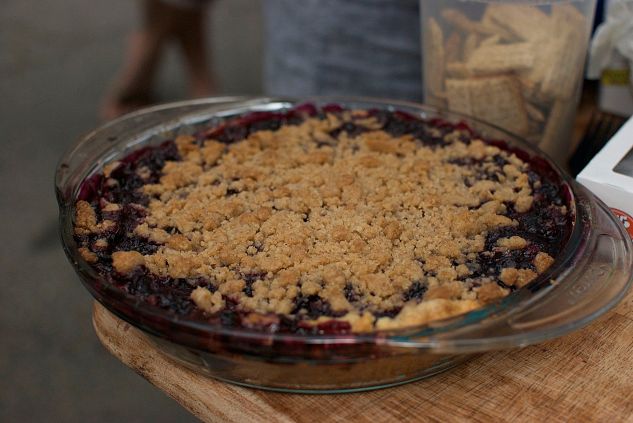 The second pie was just as stunning – a colorful, juicy filling topped with a cinnamon crumble puts this one over the top. This again is a hybrid of two different recipes, in my search for paring a flaky crust with a luscious filling. The crumble topping gives the pie a whole new dimension of flavor and texture, almost serving as a second “pie crust.” This pie was fairly simple to make (relative to the apple pie), and will certainly be making another appearance soon. Click HERE to learn how to make this delicious pie!

For this pairing, I chose the crowning glory of the Boston Pops show – 1812 Overture, by Pyotr Ilyich Tchaikovsky. Like the apple pie, this piece also has a deceptive history. Many falsely affiliate the work with the War of 1812, while in fact it refers to Russia’s victory over the advance of Napoleon’s Grande Armée into Moscow. So why the cultural misinterpretation? The Boston Pops themselves can be blamed, when former director Arthur Fiedler decided to feature the work (for the 1974 show). He had been asked to program a work that would appeal to a larger audience, and so he chose the overture due to its patriotic zeal and “explosive” finale (complete with real canons and church bells!) The reaction by spectators and critics alike secured the work a permanent place in the annual show’s program, as well as in July 4th celebrations across the country.^ Many of the recordings on YouTube only include the Finale, which, though wonderful, wholly omit the beautiful opening and more subtle moments. Here is a recording of the piece in full by the Hallé Orchestra of England, with Mark Elder conducting. Enjoy!

All photos thanks to my good friend Danny Rios

One thought on “As American as Apple Pie”