Not sure if I’ve mentioned this before, but my apartment building is becoming a remake of the Friends sitcom. THREE of the eight apartments are  close friends of mine, meaning I will be spending (most likely) 80% of my time hanging with friends in this very building. For a food blogger, it’s perfect – I have a built-in group of recipe testers who all have eclectic tastes. I decided to throw an impromptu party the other night, and the relentless summer heat merited a night of frozen margaritas. Not wanting to submit to serving only chips and salsa, I decided to also make Baked Stuffed Jalapeños and Potato Skin Bites with Chorizo. 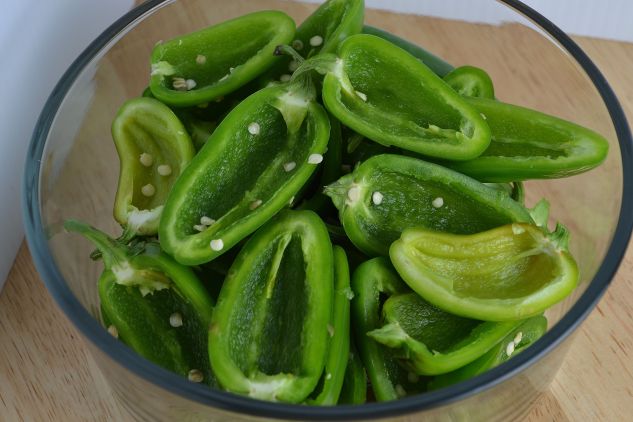 Jalapeños are a tough bunch to work with – when cutting one, you’re fine with a simple paring knife and board. When cutting 20, it is almost crucial to have gloves on if you plan on touching anything for the next several hours. While the seeds and the veins are notably hot, it’s the oils that are the culprit for irritating skin. Trust me, with the cheap price of gloves your hands will be thanking you for it. 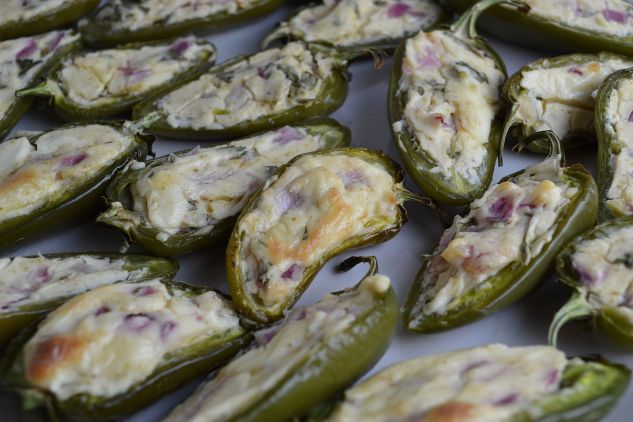 These are quick to make, and the result is fabulous! Any number of cheese can be stirred into the cream cheese as well, such as monterey or cheddar, but I chose to go with just the basics. You can also leave in a few of the seeds if you are daring, but I’ll warn you that these little guys pack a punch as is – click HERE to learn how to make these spicy bites!

This second dish was a little bit more complicated. Roasting the potatoes was a synch, but removing the pulp (using a teaspoon worked best for me) was a little trickier. Be sure they are cool enough to handle, otherwise you’ll be playing “hot potato” with the floor (and the floor’s gonna win, it always does).

I hadn’t really worked with chorizo prior to this dish. My friend Brian was given the task of removing the casings, and that turned out to be quite the chore. Slicing the sausages in half and removing it with a paring knife was our discovered shortcut. When browning the chorizo, you really have to break up the pieces with a spoon. You can use bacon in this, but chorizo adds a great taste that is definitely the centerpiece of these little bites – check out this recipe by clicking HERE.

For the pairing, I wanted to turn up to the heat to complement these spicy treats. What better way than with Le Grand Tango, by Ástor Piazzolla. An Argentine composer, Piazzolla is known for tangos that feature elements of jazz and classical. His love for music emerged when, after moving to New York with his family, his father purchased bandoneón for him from a pawn shop. His music is both lively and tragic, and is really fun to perform. This is a great piece, and I hope you enjoy the recording (even though it sadly ends 2 minutes before the end…another setback of YouTube…).