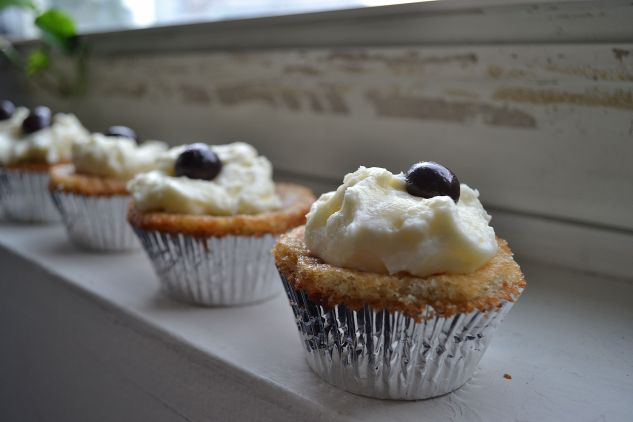 There’s nothing like a surprise party to make a rainy Friday night come to life. We decided to throw one for my close friend Erika Boysen, and it was a huge success! Somehow we managed to keep it under wraps, and she showed up totally unaware. Lots of great people were there, and there was (of course) tons of food. Earlier that week I managed to glean from Erika her love for tiramisu. Since this was going to be a party with lots of people, authentic tiramisu would quickly become a mess so I decided to make Kahlúa Tiramisu Cupcakes. 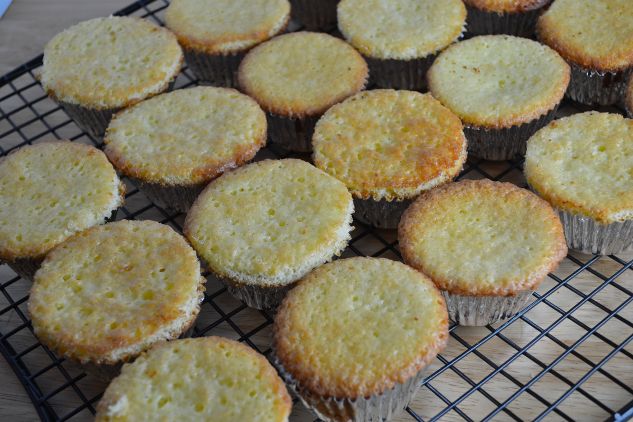 For those of you familiar with making tiramisu, you may be wondering why use Kahlúa instead of Marsala. While it’s not the most traditional substitute, Kahlúa gives an extra kick of coffee flavor to these. Plus I also have a giant bottle leftover from brownies I had made a while back…expect more Kahlúa recipes, in other words. These actual cakes are just like ladyfingers – they are perfect little “sponges” for the coffee-kahlúa syrup. They have a light crumb and bake to a beautiful golden brown. Topped with an airy mascarpone frosting, these cupcakes are just like the real deal. Click HERE to learn how to make these marvelous treats! 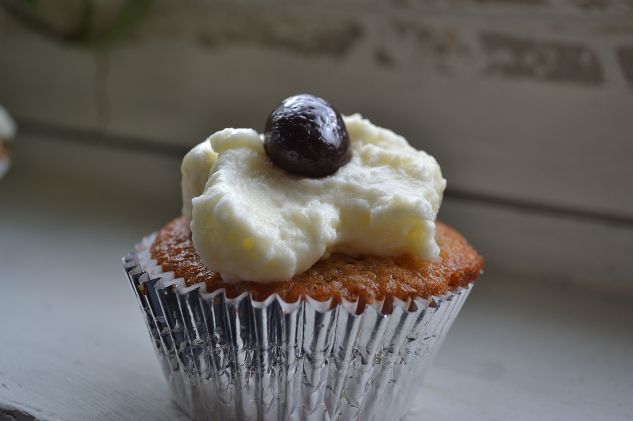 For pairing this piece, I wanted to honor the birthday girl and feature a work that genuine standard in the flute repertoire: Francis Poulenc’s Flute Sonata. Poulenc composed the work for flutist extraordinaire Jean-Pierre Rampal (whose was often cited as being the authority on stylistic choices by a previous flute teacher that Erika and I shared). As a member of the French group of composers “Les Six,” Poulenc’s music was known for being light and simplistic. The “light” relation to these cupcakes goes without saying. These cakes may have not been simple to make, but they are certainly easy to eat! I’ve included a recording of the first movement performed by Emmanuel Pahud, as well as a fabulous photo of the birthday girl and my friend TJ (thanks Philip!) – enjoy! 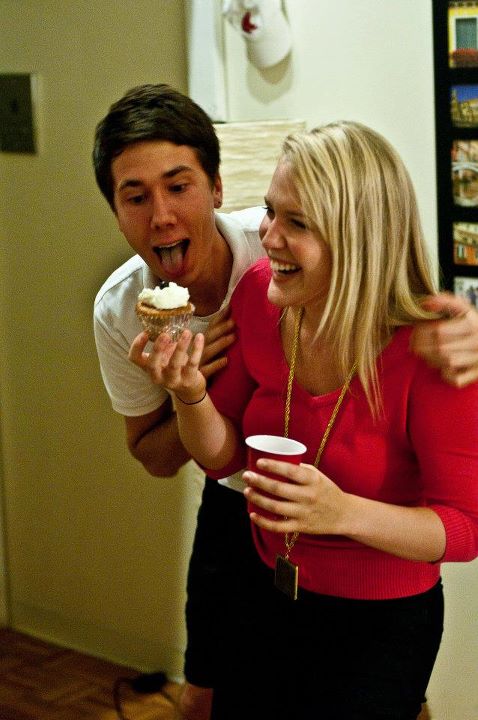