The pumpkin: a beloved tradition of Fall, appearing in everything from homemade pies to front doorsteps as Jack-O-Lanterns. Nothing quite speaks to the “flavor” of the season like this beloved squash. Both its aesthetic appearance and familiar taste have defined a number of traditions. So when I discovered that I would be baking a cake for my office on Halloween itself, I couldn’t resist finding a way to combine these two qualities. I ended up creating this (Literal) Pumpkin Cake with Cream Cheese Frosting. 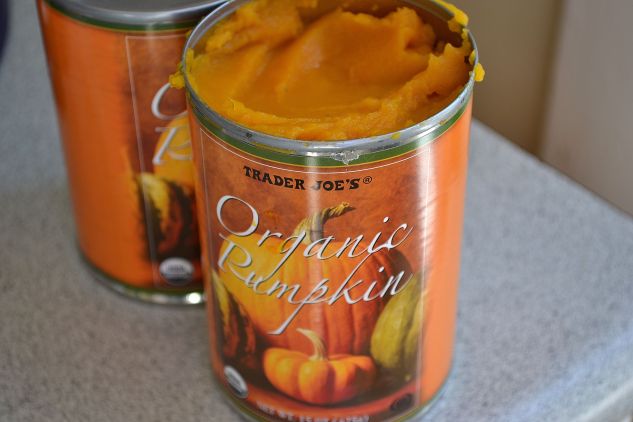 While it may seem inauthentic to use canned pumpkin, it is actually the next best thing. The majority of canned produce is canned at its peak, guaranteeing fresh flavors that are available year-round. With the number of canned pumpkin options out there, it might seem difficult to find just one. LIBBY’S® is always a safe bet, but a glance at the label can help you narrow down your choices – avoid choices with additives (sugar, preservatives, etc), and organic is always a good option.

While the assembly of this cake is impressive on its own, the cake itself is out of this world! It has the perfect level of spice, and an extremely tender crumb. You will end up using a lot of your pantry staples, but the result is entirely worth it. The baking time for this will vary based on your oven and pans, but be prepared to allow it more time than expected. This entire cake was gone after a single day in the office (with only half of my coworkers actually present) – a true “treat” for Halloween. Click HERE to make this cake a part of your Halloween traditions!

I chose musical pairing for this before the cake was even baked – Saint-Saëns’ Danse Macabre. Composed in 1874, this tone poem draw inspiration from a poem by Henri Cazalis about an old French legend – at the stroke of midnight on Halloween, “Death” appears and calls forth the dead to partake in a dance of death while he plays along on the fiddle. The work is programmed quite regularly by orchestras to celebrate the holiday, particularly for family concerts. Though I would’t say this cake is necessarily “macabre,” it certainly has the seasonal spirit – enjoy, and Happy Halloween!

2 thoughts on “A Frightfully Delicious Cake”