(I would like to dedicate this post to my friend, Sarah Knapp Kidd – Sarah passed away earlier today, having lost a hard-fought battle with cancer. She was loved by many, and will be truly missed. We will forever keep her joy and smile in our hearts.) 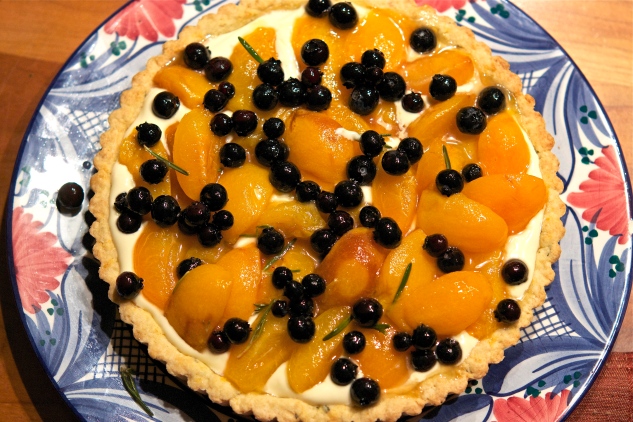 I’ve never had much of a sweet tooth, which is ironic given my love of baking! While many see desserts as a godsend, I am often more inclined to choose natural sweets: fresh fruits, floral honeys, maple syrup – all possess a great deal more character than Mary Poppins’ beloved “spoonful of sugar.” We often forget the simple beauty of organics ingredients, and opt for convenient and distilled substitutes. Though I’ve yet to forgo the joys of making cookies and cakes, I’ve been steadily moving more towards rustic alternatives…like this Almond & Mascarpone Tart with Honeyed Fruits. 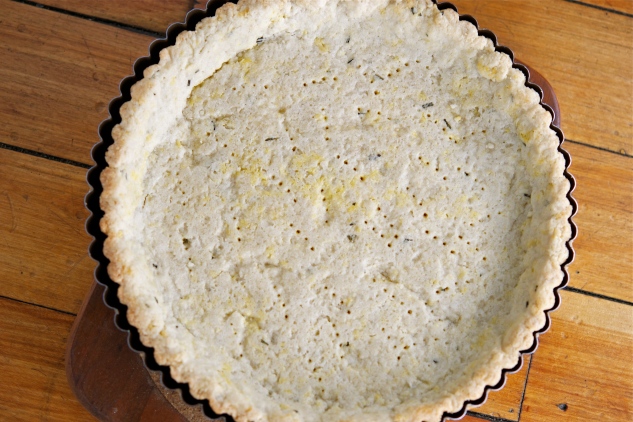 This crust is by far one of the best I’ve had – the almond flour adds a crumbly lightness to the texture, while the rosemary lends a savory hint. The two pair quite beautifully with fruits, making it the ideal crust in this setting. This was the first time I had made an actual tart crust, and it was breeze! I just purchased this pan, to which I owe most of the credit – the crust came right out, and the ruffled edges were perfect. 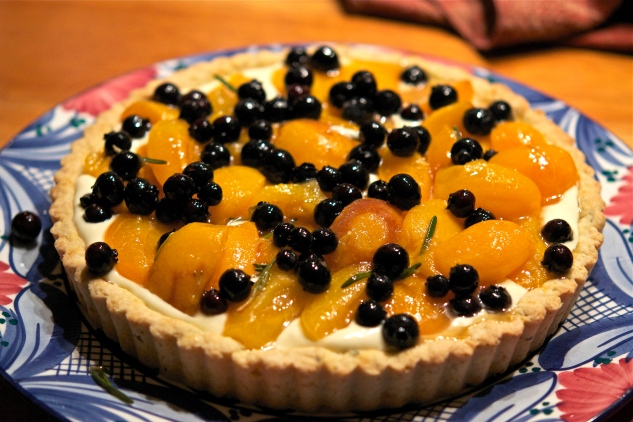 This tart does little to hide its agrarian beginnings – fruit, rosemary, and honey are discernible in every bite. The beauty of this dessert comes in the preservation of these ingredients, which are easily interchangeable – figs in lieu of apricots, thyme instead of rosemary, maple syrup rather than honey (to name a few!) The trick here is to give yourself enough time since the fillings need to chill prior to serving. It’s even better the next day – in fact, I had a slice for breakfast the next morning (which is when I snapped the below photo). Click HERE to see the recipe for the beautiful tart! 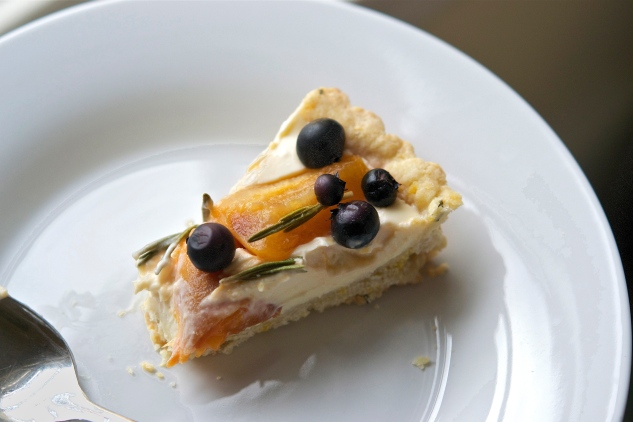 Given the organic qualities of this dessert, I was compelled to consider a piece of music that had been inspired by nature. Of course…there are TONS of options in the classical repertoire – how can there not be? Music has an ideal voice for capturing nature’s most breathtaking elements. I wanted a piece with a pastoral character, and thus chose Ralph Vaughan Williams’ The Lark Ascending. Premiered in 1920, the music is highly evocative of an English countryside, with a violin solo portraying the flight of a lark. While Vaughn Williams certainly drew inspiration from his surroundings, English folk tunes and works by the English poet George Meredith played key roles. In fact, he included the following poem by Meredith in the final publication of the work:

He rises and begins to round,
He drops the silver chain of sound,
Of many links without a break,
In chirrup, whistle, slur and shake.

For singing till his heaven fills,
‘Tis love of earth that he instils,
And ever winging up and up,
Our valley is his golden cup
And he the wine which overflows
to lift us with him as he goes.

Till lost on his aerial rings
In light, and then the fancy sings.

Vaughn Williams never forces the orchestration, giving this poem an ideal musical setting – the strings and winds play beneath the aerial violin, which renders the image of a balletic lark soaring above the rolling hills and valleys of the countryside. It ends on serene note, where the orchestra is silent as the violin line drifts into the distance and becomes “lost on his aerial rings.” The following recording is with the London Philharmonic Orchestra and David Nolan on the violin – I hope you enjoy it!