While I relish the work of assembling ingredients and preparing a meal, there are some days that I just don’t want to think about it. It’s days like this that the term “make-ahead” becomes one of my favorites. This week, my roomie Jenn and I hosted a “girls’ night.” Weeknight dinners for friends are always tough, since all I normally want to do is veg-out and watch a movie after work. Knowing this would be the case, I planned ahead and made two delicious, healthy dishes that could be prepared ahead of time: Roasted Shrimp Cocktail and Roasted Edamame-Corn Salad. 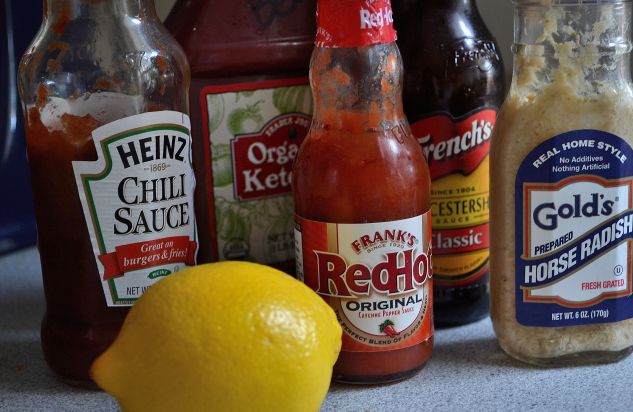 Truth be told, shrimp cocktail isn’t the most exciting of hors d’oeuvres. The sauce relies on pantry staples (my make-ahead feature), and the shrimp are traditionally boiled with little to no seasoning then served cold. This recipe, on the other hand, takes a new edge by roasting the shrimp. I added a few extra touches to the shrimp itself to really put this one over the top – click HERE to but the flavor back in this hackneyed dish!

I love fresh corn, practically as much as I love edamame – so basically this salad was a match made in heaven for me. It’s simple, packed with flavor and can be made the night before. Its the perfect complement to any summer meal, and is healthy to boot! Flavors are easily adjustable, and it can be made with any variety of fresh vegetables. Click HERE to learn how to make this delicious salad!

For the musical work, I wanted to focus on the relaxing quality afforded by not having to worry about cooking the day-of the occasion. I started referencing dance forms, and came upon the Sarabande. Originally the zarabande, the dance originated in Central America where it was subsequently discovered by Spanish explorers. Though its original context in 16th-century Spain was quite lively (and perceived as obscene), its arrival to the French court in the early 17th century resulted in a form that was much more slow and solemn (countering the overt passion of the original). This triple-metre dance is found throughout the Baroque repertoire, yet several composers of the early-twentieth century were inspired by it as well. Among those was Francis Poulenc (a composer I hope to feature many times on this blog), whose Sarabande for Guitar I chose for this meal – the recording I’ve included is by guitarist Matthew McAllister. Enjoy!

One thought on “Dinner, Without the Rush”