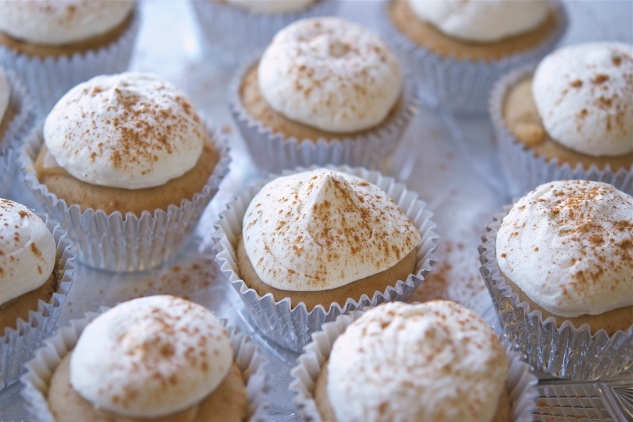 What makes the perfect cupcake? A creation that is both adorable and irresistibly delicious. Cupcakes have become the food industry’s new craze, taking the nation by storm with their portion-sized perfection. Countless bakeries have opened dedicated solely to creating these little cakes, taking their flavor and decorative potential to new heights. When I have to bake for a sizable crowd, I vie for cupcakes; a decision my coworkers wholly support. So when baking for the office’s monthly birthday party, I made a batch that I knew no one would resist: Churro Cupcakes with Dulce de Leche and Cinnamon Whipped Cream.

The term “cupcake” began to appear in publications during the early 19th century, referring to cakes baked in pottery cups and ceramic molds (muffin tins were not widely available). They were often treats enjoyed during tea parties and informal gatherings, with lavish decorations as more of an afterthought of luxury. Today, they have reached a celebrity status in the food world that is impossible to ignore. Sweet, savory, baked, fried – there is no limit to what these little cakes can achieve. 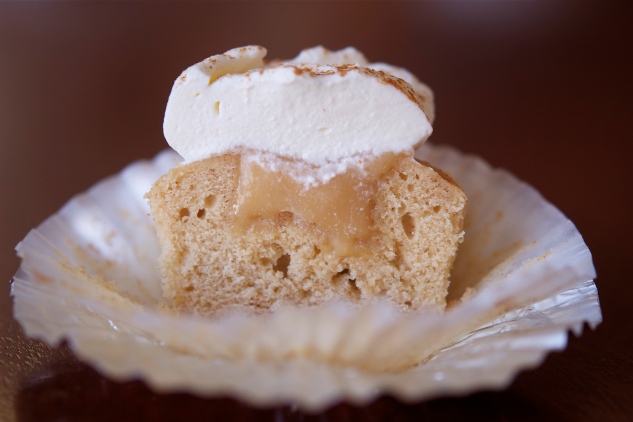 These cupcakes mimic the taste and character of churros – cinnamon fried-dough pastries popular in Spain and Latin America. Churros are often enjoyed with hot chocolate or café con leche, so I decided to fill these cakes with dulce de leche (a personal favorite). Since it was practically 70 degrees outside, I avoided a heavy frosting by topping each with a dollop of sweetened whipped cream. The result was  an extremely delicious, utterly adorable cupcake – click HERE to see my recipe for these perfect little treats. 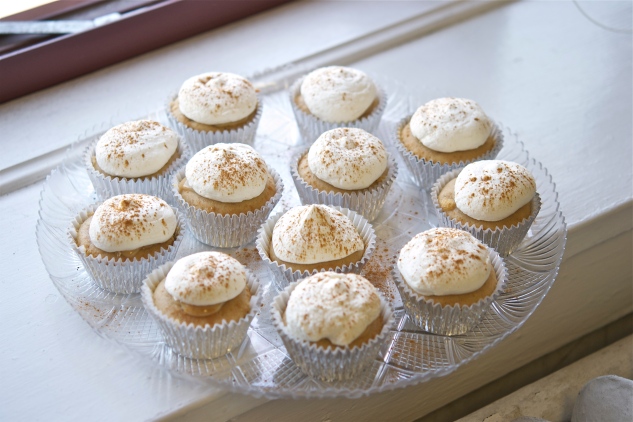 I sought out a fellow musician’s advice for the pairing, and asked my colleague Tom Vignieri – his immediate response: “Well, they weren’t heavy and romantic, but also not too light – I’d say they remind me of Schubert.” I couldn’t have agreed more. Ernst Krenek, a twentieth-century composer, gives the perfect description on Schubert: “a thinking artist with a keen appetite for experimentation.” To say Schubert was a prolific composer is almost an understatement: he composed over 600 songs, 9 symphonies (one unfinished), and  a number of operas, sacred works, chamber music, and solo piano works. Such an outpour of music for a man who died at the young age of 31 truly speaks to his remarkable artistry. What better pairing for a dessert that embraces truly inspired styles! I chose the song “Heidenroslein,” or “Rose on the Heath.” The lyrics are from Goethe’s poem of the same name, which tells the tale of a young man whose love has been rejected. Its light character and technical finesse perfectly complement these cupcakes – the recording below is with lyric soprana Barbara Bonney. Enjoy!