Iron Chef has transformed the way we perceive culinary challenges – the “blood, sweat, and tears” of cooking finally has a stage, and food’s competitive qualities have been taken to a whole new level. The show certainly left an impression on my mom: a business-savvy, energetic woman who loves the prospect of a challenge. So naturally, my visits home are often paired with an Iron Chef-like arrangement. My most recent challenge: Cornish Game Hens…well, that took me through a loop considering a) I had never prepared these before, and b) couldn’t even begin to imagine how they were suited for spring fare. After stumbling through several menu options, I finally landed on one that suited my standards: Roasted Cornish Hens with White Wine-Scallion Sauce.

Cornish hens are a peculiar kind of bird: they aren’t actually a game bird, but in fact a hybrid of Cornish Game and the Plymouth Chicken. Though identified as “hens,” these birds can be either male or female, and often weigh no more than 3 pounds. I was pretty floored when my mom asked me to prepare these hens for the dinner party she was hosting, especially since I’d always thought of them as that “other” holiday bird (i.e. the simpler alternative to roast turkey). 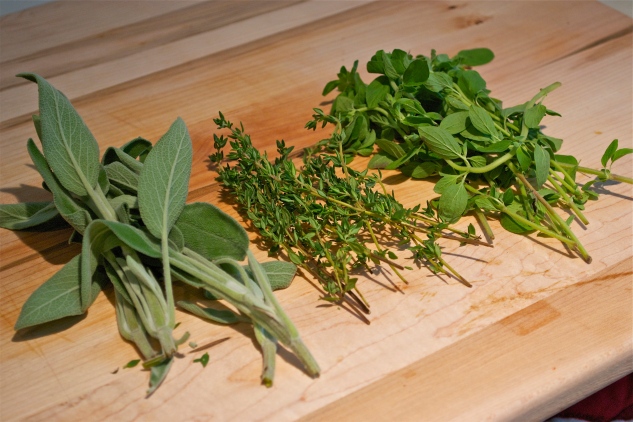 My trick in making these hens “Spring-friendly” was a combination of REALLY fresh herbs and seasonal ingredients, like scallions and shallots. Complementing these birds with strong flavors is vital considering the meat has a rather dull taste on its own. Rather than stuffing them with actual stuffing (a holiday trend), I threw in a few aromatics to help infuse the meat with more flavor. The result was an elegant, flavorful dish that had all the right notes of Spring. Our guests enjoyed nearly every last bite of their individual helpings (yet in all honesty, I’ll probably reserve future attempts with Cornish hens for the colder months) – click HERE to see the recipe for this unique dish.

For dessert, I wanted to make a cake that packed a punch but was a lighter afterthought to the entree. I’ve got a crush on vanilla beans, so shelled out $14 for TWO beans (that’s not a typo) and made a Golden Vanilla Bean Pound Cake that was out-of-this-world good. The trick with this cake is having your butter and eggs at ROOM temperature. Yes, this means shelving your fears of leaving them unrefrigerated and just letting them sit out – if I can leave you with any piece of advice when it comes to baking, this is it. 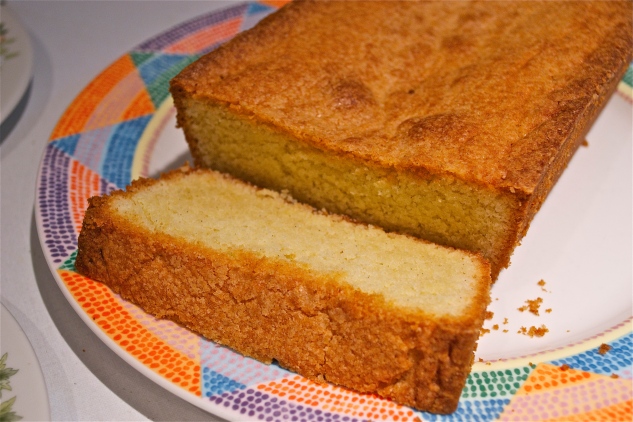 In line with the menu’s seasonal trend, I topped each slice with sherry-macerated strawberries that paired beautifully with the cake’s buttery, golden texture. Feel free to pair it with whatever strikes your fancy – ice cream, caramel, etc. Though simple to make, this cake is definitely not simple in taste, and makes for the perfect weeknight indulgence – click HERE for this heavenly treat. 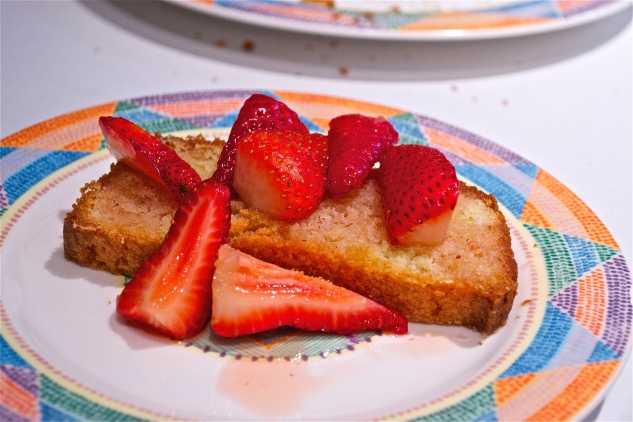 For this pairing, I thought it appropriate to pair a piece of music that took on a classic, venerable topic and gave it an avant garde spin. That led me to Stravinsky’s Firebird Suite. In folklore, the firebird is (more often than not) a coveted prize that induces a challenging quest by the story’s hero. Stravinsky acknowledged his own reservations on the “challenge” of composing the music for this ballet (similar to my reservations on preparing this dish):

“The Firebird did not attract me as a subject. Like all story ballets it demanded descriptive music of a kind I did not want to write..However…I know that, in truth, my reservations about the subject were also an advance defense for my not being sure I could.”

The music is an entirely different matter – even though it was his first, it is perhaps the most widely recognized and acclaimed of Stravinsky’s ballets (even more so thanks to Disney’s Fantasia 2000). The opening passage (alternating between thirds and seconds of a tritone in the cello, bass and viola lines) set the “supernatural” setting of the hero’s quest, which ultimately ends in a truly majestic Finale (an ending that is admittedly uncharacteristic of Stravinsky). Yet the piece still demonstrates what will become the composer’s greatest qualities in later works. The primitive style that would take on a whole new level in Rite of Spring finds a starting point in this work, with metric dynamism that keeps demands a keen concentration from performers and listeners alike. Two examples being the offset downbeat of the Danse Infernale, and the 7/4 time signature of the Finale. Additionally, the orchestration of the work was substantial for the time, with Stravinsky even claiming it to be “wastefully large.” Despite this claim, the orchestral force brings a rich quality to the piece that has truly come to define the music. For the recording, I found a fabulous video of Claudio Abbado with the Lucerne Festival Orchestra‬ – enjoy!