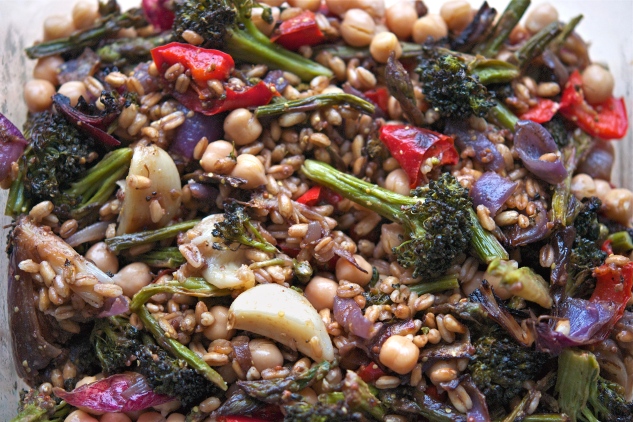 Having regaled you with desserts for my past two posts, I felt the need for some nutritive balance. As much as I enjoy baking, I’m actually a fairly healthy eater – I often enjoy no more than a sample of the treats I make. My friends think I’m crazy, but I get far more enjoyment in making desserts for others than enjoying for myself. This discipline is also necessary considering I bake a LOT of desserts…I save my appetite for the treats I know I can’t refuse (one of which will be posted in the coming weeks…stay tuned!) In the meantime, I thought I’d share a lighter dish that has become my go-to as of late – it’s fairly basic, and I often prep enough to last me the week. The recipe has gone through multiple iterations in my cooking, but this particular Roasted Vegetable and Farro Salad is worth sharing.

Farro is a grain that has only recently been introduced to my cooking repertoire. Farro is the Italian derivation of the Latin  term farrum, which roughly translates to “a kind of wheat.” Like quinoa and spelt, farro is identified as an “ancient grain”. It was first cultivated in the Fertile Crescent, with evidence tracing initial harvests to Ancient Egypt and the Roman dynasties. Farro has subsequently been an Italian staple for centuries, and has only recently gained popularity in the United States. Its texture is more chewy than soft, making it ideal for soups and salads. 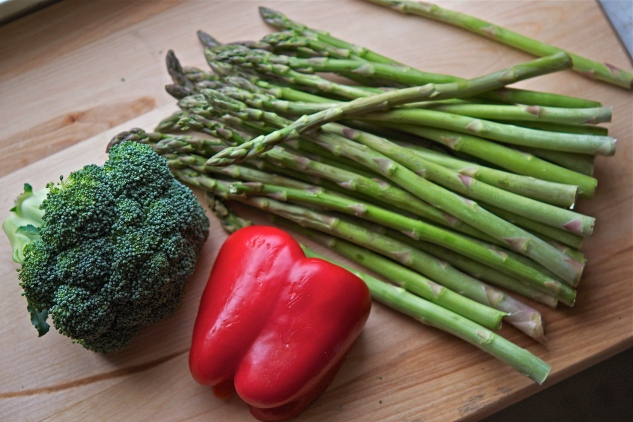 One thing I’ve learned about vegetables is that boiling and steaming do them a great injustice – roasting, on the other hand, pulls out a remarkable depth that can turn even the most veggie-averse eaters into true appreciators. Roasted vegetables are one of my favorite make ahead staples. All it takes is tossing a few handfuls of fresh, chopped veggies with some oil and seasoning, and then scattering the pieces onto a sturdy baking pan for roasting (30 minutes or less, depending on the veggie). The result is a stunning spread of caramelized goodness. 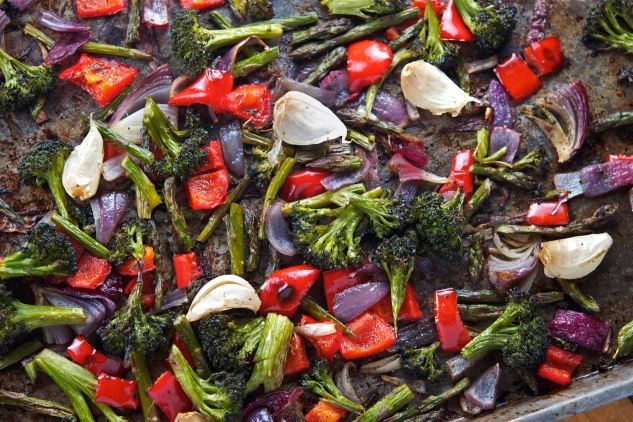 Once the farro and veggies are ready, the rest of the dish pulls together in no time. What I love most about this recipe is that all elements of this dish are extremely customizable – the vinaigrette, choice of protein, seasonings, and more can all be adapted to suit your tastes. The options are endless, so have fun with it! It’s a great dish for lunch or weeknight meals, and will keep for up to a week in the refrigerator. If you’ve never tried farro, this is great way to introduce the grain to your diet – click HERE to see the recipe for this unique salad!

For the musical pairing I wanted a piece that would complement the fun and colorful aspects of the dish. Taking the recipe’s Italian roots into consideration, I found myself turning to Gioachino Rossini: a composer who perfected the art of “opera buffa” (comic operas). His writing has come to be appreciated by both the classically and non-classically inclined. Rossini’s Centerentola (“Cinderella”) is an especially suitable pairing for this dish. Both charming and bright, the opera is written in two 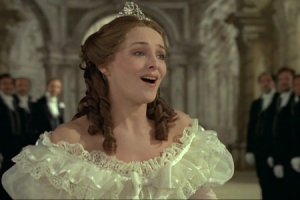 acts…completed by Rossini at the ripe old age of 25. The story is slightly different from the classic fairy tale in that the villain is a stepfather named Don Magnifico, and the Prince disguises himself as a valet in hopes of seeing the “true colors” of his potential brides – of course, this is how he finds the one woman with a true heart. The opera has a happy ending (per usual with Rossini), and the work as a whole is quite jovial. The 1981 production with Teatro alla Scala is on YouTube in its entirety, and is magnificent – enjoy!